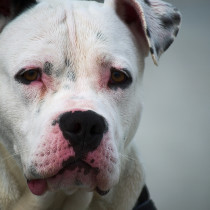 And it totally changed the tone of the post.

Reference: “My sacrifice, O God, is a broken spirit; a broken and contrite heart you, God, will not despise.” ‭‭Psalm‬ ‭51:17‬ ‭NIV‬‬

Explore: Our local community has a group page on social media. It’s a great place to alert people of any local activities as well as asking for recommendations for local tradespeople.

The other day I noticed a post about a dog that had been harassing walkers. They had taken a photo of the dog, explained where they had seen it and expressed great distress as this large dog had bitten their smaller dogs.

Numerous readers had jumped on board sympathising with the walkers and expressing their concern about feeling safe in our neighbourhood. They told the walkers to call the council or the ranger and for justice to be done.

I continued to skim over most of the comments but one grabbed my attention. It was from the owner of the dog.

She explained the dog was hers and was very apologetic for the grief it had caused. She explained that she had taken numerous measures to try to keep the dog in their yard but to no avail.

She went on to explain how her son has experienced anxiety and the dog has been so pivotal in assuring her son that, after two years, he’s finally been able to go back to school. Her honesty and openness was amazing.

And it totally changed the tone of the post.

From then on people were supportive and helpful. They suggested companies that had helped them with their pets and tried to help her rather than condemn her and her dog.

It was incredible to see the change in the comments after someone had owned up and apologised.

Application: We hesitate to be vulnerable because we never know how people will respond. I was so pleased to see the people in my local community were respectful of a lady who had clearly been doing it tough.

In Psalm 51 David confesses he has done the wrong thing towards God. He is humble and contrite.
He asks God to forgive him and not despise him.

If a local group of Aussies can show forgiveness and grace, how much more would God show to us?

We have all sinned and done wrong in God’s eyes. Let’s not try to cover up our misdemeanours but come to God in humility. You will be amazed at His grace.

Prayer: Lord, thank You for the grace You offer me, even when it’s undeserved. May I humble myself before You each day. Amen.

How can you humble yourself before God today?