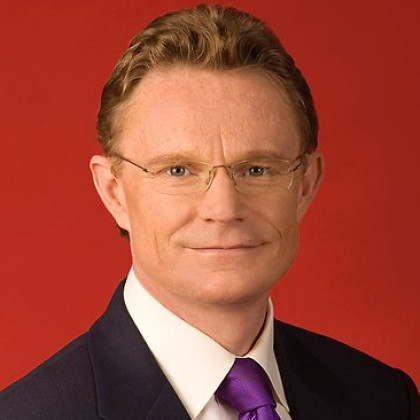 Hugh Riminton is an Australian journalist, foreign correspondent and senior news reporter for one of our major television stations. I recently heard him tell of the unusual way in which he came to become a journalist:

You see I had one of those little polishing machines. And one night I’ve got my polisher at this teaching hospital and the thing goes bang. I turn up the next day and it turns out I’d shorted out the blood bank for the whole city and they’re putting out emergency calls. So I wasn’t even a good hospital cleaner.

So I wound up in a rat cage laboratory. There was an animal laboratory attached to the hospital. They did terrible things to animals and my job was to clean out the rat cages.

And in the middle of all this I met, by chance, a bloke who as it happened was a radio news announcer. And he thought I was someone who had applied for a job. Totally bizarre.

So he says, Come in here and sit down. And I go, What?

So I go in and sit down and he says, Why do you want to be a journalist? And I look at him and say, Nah mate, you’ve got it wrong, the thought had never entered my mind.

But I was cleaning rat cages, right? And I knew this was some kind of job interview. So I said, Because it would be fun. And he looked at me and said, Fun?

Isn’t that why you do it? Because it’s fun?

And he looks at me and he hired me.

And out of the rat cages, I had this job as a cadet reporter. I was 17. And it’s the only job I’ve ever done.

The only thing I had was that I was actually curious about stuff. And journalism is the best job, you don’t have to know a hell of a lot, which is a great asset when you’re starting off, but you do have to be curious and you do have to care about people that you meet and be interested in what’s going on. And then you just follow your nose, and it’s taken me all around the world.

What an incredible story! It’s almost like the premise of the TV show Suits. For someone who was absolutely nothing to be given a chance to really become something, it’s amazing.

That’s the chance God gives us every single day. Even though we feel like a failure and that we have nothing to offer, God says, ‘Come in here and sit down’. God engages with us and wants to bring the best out in us.

All we need to do is decide whether we want to follow.

Lord, we have nothing to give and yet all You want is us. May we decide wholeheartedly to follow You. You will lead us on the greatest adventures we could ever imagine. Amen.