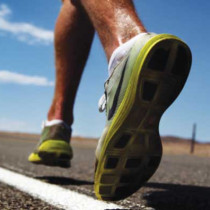 Now, I am certainly not a guru in health, but I found it difficult to take this gentleman’s advice.

Reference: v.5 The blind receive sight, the lame walk, those who have leprosy are cleansed, the deaf hear, the dead are raised, and the good news is proclaimed to the poor. (TNIV Bible)

Explore: Having been on a real health kick lately, I have found myself a specific jogging route that I take a couple of times a week. The route goes to a nature reserve where I climb up a steep hill and then enjoy jogging all the way down again.

The other day as I was doing my best to power up the hill, I passed a gentleman and his son who were walking their bikes up the hill.  As I made a comment about how much easier it is on the way down, the father struck up a conversation with me.

I’m not sure whether he was keen just to have a break or whether he actually wanted to help me, but he started giving me health advice. Now, I am certainly not a guru in health, but I found it difficult to take this gentleman’s advice.

It was not that the advice was bad, or that he was being forceful, it was that he was at least 30 kilograms overweight. Surely if I was wanting to seek some health advice I would look to someone who was healthy themselves! It was clear that the actions of this gentleman were not the healthy advice he was dishing out.

Application: When John the Baptist heard of Jesus he wondered whether this man was the One he had prophesied about. While John was under house arrest he sent his disciples to investigate.

Jesus didn’t sit down with John’s disciples and give them theological understandings, He did not highlight all the prophet readings that mentioned him in the scriptures, and He didn’t send them away for being unbelievers.

To prove Himself Jesus revealed to John’s disciples what He had been doing. The results of Jesus’ actions showed that He was the Messiah.

Prayer: Lord, You led the perfect example for us. May we see Your actions and replicate them in the world today. Amen.

If someone were to look at your actions, would they show that you are a Christian?