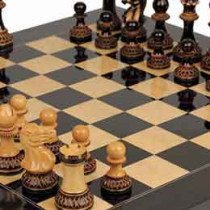 Reference: But if it is from God, you will not be able to stop these men; you will only find yourselves fighting against God.” (Acts 5:39 NIV)

Explore: Due to my stubborn Dutch heritage, I’m not one to give up easily.  However, from previous history, I am one who picks her battles carefully.

On a recent reality TV show the contestants competed against unknown people for a prize. One of the competitors played chess against a young boy.

The competitor was confident and even a little cocky when he saw his challenger, however, it only took 5 moves on the board for him to change his tune. What he didn’t know about this young boy was that he was the chess champion in his age group for the whole of the country. Time quickly revealed that there were few moves the competitor could pull out that weren’t quickly thwarted by the champion.

Winning a fight is not always about being stronger, faster or bigger, but it’s about knowing your challenger.

Application: When Peter and the other apostles continued on the work of Jesus they came up against much opposition. The religious leaders were frustrated that they had not squashed the Jesus movement on the hill of Calvary.

So when Jesus’ followers kept challenging their teaching and authority they were keen to remove them from the equation. There was only one within their ranks who was wise enough to consider their competitors.

Gamaliel was not totally convinced of Jesus’ sovereignty, but he knew God well enough not to fight against Him. He explained that the human quest would die away, however, the Godly fight would always be won by the Almighty.

There are times when we fight for things in our lives that are not lasting, and other times when we don’t put our best foot forward for the cause of Christ. When all is said and done, it is God whom we are living for, so let’s make sure we know whose side we are on.

Prayer: Lord, there are issues that get under our skin and we end up fighting to be right, not pursuing what is right. May our cause be clear and our purpose totally in line with You. Amen.

What are you fighting for?