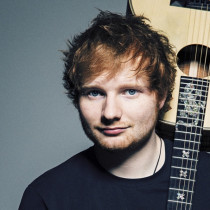 Ed Sheeran is a hugely famous singer. Not only does he have a great voice but his song writing is incredible. He writes his own songs as well as writing for others and is a well sought after artist.

My husband and I never go to concerts and yet we’re going to his when he tours Australia.

And yet, Ed did not start out as a huge pop superstar. He actually started out on an English reality TV show. I recently saw an excerpt from the show.

The performers were not just judged on their singing ability, but also on their performance and dance skills. Even back then Ed readily admitted that dance was not his strong point but the judges could clearly see and hear the singing ability.

In the end, only three people were chosen out of the group to move ahead on the show. Ed was not one of them.

I wonder how Ed felt after that decision. Did he want to give up? Did he feel rejected? Did he think he was never going to make it in this industry?

It’s nice to know Ed went on to greater things, but Ed didn’t know that at the time.

Life can be challenging and bring many let downs. But do not be dismayed. God has a future in store for you.

If we put our hope in God then we have chosen the right path. Other people’s decisions will still affect our feelings, but they won’t alter our destination.

God has great things for you. Don’t give up. Hold on to the end.

Lord, thank You for always being there for us. When all else is failing, You are showing us Your future. Amen.

When has God seen you through a tough time?