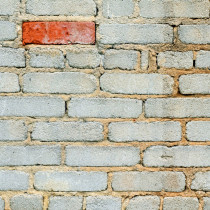 No two people are the same.

Reference: “So the king sent a third captain with his fifty men. This third captain went up and fell on his knees before Elijah. “Man of God,” he begged, “please have respect for my life and the lives of these fifty men, your servants!” 2 Kings‬ ‭1:13‬ ‭NIV‬‬

Explore: The other week I met an accountant. As soon as I discovered his occupation he was very quick to defend himself. He told me he wasn’t a typical accountant and he actually had a good personality.

I wonder what conversations have happened that has led him to be so defensive of his character. Maybe it’s just a knowing nod that people give when he tells them his job.

Maybe he looked around his university class and never felt like he really fitted in. Maybe people told him he couldn’t be an accountant because he was different to all the others.

Regardless of what had happened, I thought it was sad that people had made an assumption on his life just because of his career choice.

Application: People are always keen to put you in a box so they can understand you better. But no two people are the same.

No matter what the stereotype is of your job or your race or your address we can all choose how we act.

In 2 Kings 1 a captain of an army was sent to get a prophet. The captain would have been used to making a command and people obeying. But the last two captains who had commanded this prophet had met a very nasty demise.

This third captain was wise. He respected the prophet as well as the men he commanded.

Going against what was stereotypically a forthright, brutish position he fell on his knees and begged.

Don’t be boxed into one way of doing something. Be willing to change your actions according to who you have been created to be and the task set before you.

Prayer: Lord, we all have Your imprint, but we are all different. May we rise to be the person You have created us to be. Amen.

When have you had to act outside the box?