Cutting Someone Down To Size 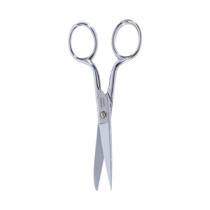 Reference: v.11 See, my father, look at this piece of your robe in my hand! I cut off the corner of your robe but did not kill you. See that there is nothing in my hand to indicate that I am guilty of wrongdoing or rebellion. I have not wronged you, but you are hunting me down to take my life. (TNIV Bible)

Explore: An online dictionary acknowledges the saying: ‘To cut someone down to size.’ This is a term you would use when you put someone in their place.

If you feel someone thinks they are better than they really are, you feel justified to ‘cut them down to size’ – to let them know how insignificant they really are.  This is done a great deal in Australia as we don’t like people to think too highly of themselves.

The term in itself is quite harsh. The majority of people would not literally cut someone with a knife, however, at times our cutting words can have a greater impact than an actual breaking of the skin.

It’s interesting to see who often takes the opportunity to cut people down to size. It’s usually someone who feels that their own position of authority is threatened or they want to keep the upper hand.

Application: When Saul was hunting down David, David found himself with the upper hand. He had the opportunity to literally cut Saul down so that David no longer had to run for his life.

And yet, David knew that it was not his place to bring Saul down. He showed Saul that he had spared his life, but he did not take it upon himself to end it.

Every day we have the opportunity to cut someone down. While most of us do not find ourselves in physical battle, our words can be just as powerful.

We need to think about whether we actually have the right to bring people down with what we say or whether we are just doing it to make ourselves feel better.  Our words can cut deep, let’s not lash out quickly.

Prayer: Lord, so often we speak before we think; not realising the impact our words can have on others. Our tongue can cut deeper than a knife, but the poison left behind can keep an emotional wound open for a long time. Forgive us when we cut others down and help us to foresee the pain we could cause. Amen.

When has someone cut you down to size? How can you control the impact your own words have on others?