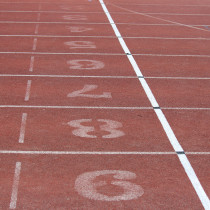 She feels it unnecessary to always be in competition with others.

Reference: “My father laid on you a heavy yoke; I will make it even heavier. My father scourged you with whips; I will scourge you with scorpions.’ ”” 1 Kings‬ ‭12:11‬ ‭NIV‬‬

Explore: My cousin Suzy was telling me about a colleague of hers. No matter what Suzy does her colleague always feels the need to compete with her.

It’s not that Suzy doesn’t like losing, it’s just that she feels it unnecessary to always be in competition with others.
She also doesn’t understand why her colleague needs to compete. Her colleague is clever and humorous, but it gets quite tiring when she makes everything a test she has to win.

Application: When Rehoboam, Solomon’s son, took over kingship, the people came to address him. They mentioned that his father had treated them harshly with forced labour and enquired whether they could have some respite with this new leader.

Unfortunately, Rehoboam sought unwise advice and felt he needed to compete with his father’s previous leadership. Instead of listening and serving the people he tried to one-up his father and put even heavier burdens on the people.

We may not always set out to compete with others, but as soon as we compare ourselves to someone else we’re assessing whether we can win. The neighbours house, our friend’s wardrobe, our colleagues success – competition in our own mind stops us from celebrating others and makes us compare instead.

God was never into comparing people. He wants everyone to use the gifts He has given them to be the best they can be.

He acted with equality when He died on the cross and through this sacrificial love He made us all equal – all sinners but all worthy of His grace.

Prayer: Lord, forgive me when I compare and compete. May I aim to put others before myself as an act of worship to You. Amen.

Who do you find yourself comparing to or competing with?