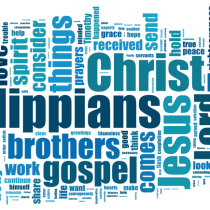 McIntyre’s animated re-enactment of his family is brilliant

Reference: Do everything without grumbling or arguing, (Philippians 2:14 NIV)

Explore: I recently saw a clip of an hilarious comedian, Michael McIntyre. He was talking about the difference between people who don’t have children and those who do. (You can see it here: People with no kids don’t know)

McIntyre’s animated re-enactment of his family is brilliant as his three year old refuses to come downstairs and his six year old can’t dress himself. My husband and I could totally relate to this, but I had to snigger thinking, “Wait until they’re teenagers!!”

Application: McIntyre was clever and witty as he described the daily occurrence of just trying to leave his house with children. I do have to think at times in my own life: Why do others have to make things so difficult?

I used to work with someone who had to question every single decision made by management. I used to board with a guy who could never bring himself to say a nice word about anyone. I used to lead a congregational member who only came up to speak to me to complain.

Clearly, none of these people had read Philippians 2:14.

I’m all for debate and discussion, but we can work towards making change with a glad and cheerful heart. If all you do is grumble then you are just producing bad air and you’re not actually a part of the solution.

I think we all need to watch ourselves with this. It’s so easy at times to become negative and grumble, but when we do so we get stuck in a rut and stop moving forward.

It also doesn’t help build community. That’s why the writer of Philippians spoke out against it. He knew the destructive power grumbling had and he wanted the best for this faith community.

Prayer: Lord, those grumbling words slip so easily from my mouth. Help me to be conscious of all I say and strive to build up, rather than tear down. Amen.

What effect can your grumbling have on others?