Captain of the Debating Team 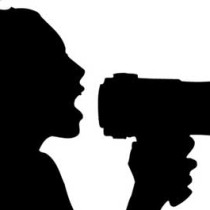 In fact, the team who won the debate wasn’t always the ones who had the best arguments for their team line.

Reference: v.15 Then the Pharisees went out and laid plans to trap him in his words. (NIV Bible)

Explore: When I was at high school we learned the art of debating in our English class. While it was important to be able to construct a good argument for your case, the true art of debating came down to the rebuttal.

The rebuttal was the time when, on the fly, you would show the flaws in the arguments of your opponents. To do this you needed to be a quick thinker who could put across a contrary idea in a succinct, clear way.

In fact, the team who won the debate weren’t always the ones who had the best arguments for their team line, but often the team who could refute the other team’s line even better.

Application: While Jesus may not have been made debating captain, He was certainly very good at seeing the opposition’s point and shooting it down.

The leaders of the synagogue at the time set out to intentionally trap Jesus in His words. Thankfully, He had better debating skills than me as He, time and time again, was able to put the leaders back into their deceitful boxes.

However, Jesus is not the only one who gets challenged about His beliefs. Every one of us, at some stage, will be asked about our faith. It is imperative that we do our research and be willing to share our beliefs in a thoughtful, clear way.

Prayer: Lord Jesus, You were very wise when You responded to the leaders in Your time. May You allow the Holy Spirit to prompt our words today so that we may be a good representative of Yours here on earth. Amen.

If someone was to ask you, ‘Why do you believe in Jesus?’ how would you respond?