You Can’t Choose For Someone Else 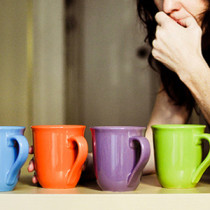 They may only be five and six years of age, but I think there are some adults who also need reminding of this.

Reference: You must speak my words to them, whether they listen or fail to listen, for they are rebellious. (Ezekiel 2:7 NIV)

Explore: Every week or so I have to have the same conversation with at least one of my boys. It’s not about eating their vegetables or picking up their clothes, it’s that they can only make choices for themselves.

When another child isn’t sharing we discuss that you can’t make someone share. But if they remember how they are feeling now it might help them to share later as they wouldn’t want to make someone else feel left out.

They may only be five and six years of age, but I think there are some adults who also need reminding that we can’t make choices for others but need to focus on the choices we make for ourselves.

Application: When God was sending the prophet Ezekiel to a rebellious nation, He reminded him that the people may not obey his words but that didn’t mean that he was not a prophet. He was to fulfil his call to redirect the people back to God, but even God understood that each person had their own free will to make their own decision.

That doesn’t mean that we give up on telling people about God. We are all God’s prophets to our world today. Let’s take God’s words to Ezekiel and hear them for ourselves.

We still live in a rebellious nation but, even if people don’t respond, may we never stop proclaiming God’s purpose for our lives. The only choice we can make, is our own.

Prayer: Lord, so often we are influenced by others. May we take people’s suggestions but acknowledge that the final decision is ours to make and we are responsible for all our actions. May we make decisions that build Your kingdom and choices that show our wholehearted service to You. Amen.

What choice have you recently had to make?