Cancel Out The Calories 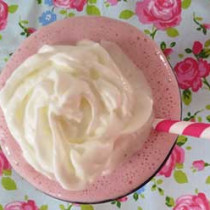 The most common request that made her laugh was when it came to iced coffees.

Reference: They produced false witnesses, who testified, “This fellow never stops speaking against this holy place and against the law. (Acts 6:13 NIV Bible)

Explore: I was recently chatting to a café waitress who was serving our table. We got chatting about the strange things previous customers had ordered.

She spoke of people mixing their sweet and savories, disgusting food combinations, and how many customers complained about their food after they had been the ones changing their meal from the chef’s design. The most common request that made her laugh was when it came to iced coffees.

Time and time again customers would ask for skinny milk even when they were fully aware that the drink was full of ice cream, sugary syrup and topped with thickly whipped cream. The waitress wondered whether they thought that the skinny milk would cancel out all the calories of the other unhealthy elements of the drink!

When the disciples were proclaiming the good news of Jesus, the leaders of the religious orders were getting nervous. They tried to show the people that this Jesus the disciples were talking about was false, but the disciples continued to speak with truth, which resulted in more people believing every day.

In the end, the only way the leaders could show the disciples up to be bad was to actually lie and say they blasphemed, even when they hadn’t. These leaders were trying to cancel out the goodness of God by adding a lie.

However, just like skinny milk does not make an iced coffee healthy, a blatant lie does not make God evil. Even with derogatory words being thrown in Stephen’s direction, witnesses still saw that he shone God’s truth.

People may try to defile us but we must stay true to the life that God has shown us to live. If we follow His ways then no matter what is said about us, our true self will be seen.

Prayer: Lord, may I not be deterred by what others say about me, but hold true to what I believe You have called me to be. Amen.

How have people tried to cancel out God in your life?