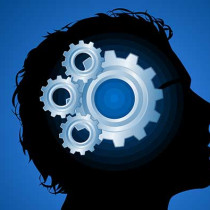 It’s when that idea is actually put into practice that it makes a difference.

Reference: Jehoiada then made a covenant that he, the people and the king would be the Lord ’s people. (2 Chronicles 23:16 NIV)

Explore: There are a million good ideas that are thought up every single day. Whether it’s a new invention or a plan for a holiday.

However, it’s not the good idea that gets noticed, it’s when that idea is actually put into practice that it makes a difference.

I have a brilliant idea of cooking a whole bunch of meals on the weekend so I don’t have the stress of making dinner during the week. Nice idea, but I haven’t found a way of making it work just yet!

There are some brilliant ideas, but unless someone makes the sacrifice to put them into place, then they’ll never become anything more than just an idea.

Application: Jehoiada had the great idea of worshipping only the Lord. The challenge was putting it into place.

I can imagine that there were a lot of people who had their noses put out of place because of Jehoiada’s idea.

However, he stayed the course, he sacrificed the ease of letting things stay the same, and he made a huge difference in the life of a whole nation.

We can have incredible ideas, but unless we are committed to making them happen, they are just a waste of brain space.

Prayer: Dear Lord, You are the master of all creative ideas. May we not just draw on Your imagination but also on Your perseverance and endurance. Amen.

What new idea have you been dreaming? How are you going to put it into place?