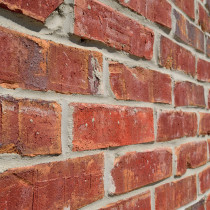 A confident climber sees Mt Everest and says, I could do that.

Reference: “Then the Lord said to Joshua, “See, I have delivered Jericho into your hands, along with its king and its fighting men.” ‭‭Joshua‬ ‭6:2‬ ‭NIV‬‬

Explore: I am intrigued by confident people. They see something and instantly predict what they can achieve.

Sometimes their predictions are above their capacity. But I’m still inspired by their courage.

I look at something and all I see are the details and my limitations. That’s something I need to work on.

Application: Thankfully, Joshua had more confidence than me. When God told him the impossible could happen, he believed it.

Joshua and his army stood in front of a strong, walled city and God said, I have already delivered them into your hands. God exclaimed the unthinkable before it came to be.

Instead of believing the reality in front of him, Joshua believed the words God declared over him.

Often we only believe our reality. We look at ourselves in the mirror and we see failure, doubt, inability and fear.
But that is not what God declares over you.

God declares abundant life, strength, courage, and blessing. Now it’s up to us to step into His belief before we see it for ourselves.

Prayer: Lord, thank You for seeing victory in our lives when we often only see failure. Help us to believe it, live it and step into the life You have for us. Amen.

What victory has God declared over you?