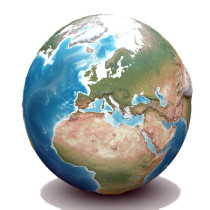 What would the world be like if we were all honest?

Reference: “They did not require an accounting from those to whom they gave the money to pay the workers, because they acted with complete honesty.” ‭‭2 Kings‬ ‭12:15‬ ‭NIV‬‬

Explore: I turned on the news a few days ago and was struck by the pain and destruction that people had brought on others.

There was a son up for murder chargers against his rich parents, a stranger who had stolen from a defenceless elderly gentleman and a politician who had incorrectly used government funds. Over and over again I heard stories of negativity and greed.

What would the world be like if we were all honest? It would totally transform our culture!

Application: In 2 Kings 12 we read of a group of people who were honest in their working in the temple. It saved a lot of time and bother in having to keep check on these workers as they were trusted and known to be honest.

It’s nice to think of other people acting in such a way towards us, but I guess a change can always start with one person. And maybe that person is you!

As you go throughout today, be mindful of how honest you are.

We all have the opportunity to tell the truth but so often if we just bend it a little bit we end up sounding so much better. Let’s not pass the blame or turn towards greed, but be honest with all our dealings. It may just change someone’s world.

Prayer: Lord, You are the truth. May we show Your face in our world by displaying honesty and selflessness. Amen.

How honest are you?