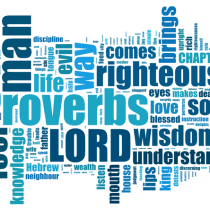 As I had not seen the video I assumed it was some display of inappropriate behaviour and yet I was pleasantly surprised.

Explore: My husband recently came into the room I was sitting in and asked me if I had seen the video of Lleyton Hewitt. Hewitt is an Australian tennis player and, while he has matured a lot in his time, was known for his firey temper on the court.

As I had not seen the video I assumed it was some display of inappropriate behaviour, but I was pleasantly surprised.

The video showed Hewitt playing American opponent, Jack Sock. Hewitt makes a first serve and it’s called out. As he prepares to make his second serve Sock calls out, “That was in if you want to challenge it”.

For those who may not follow tennis, professional players have three chances to contest an umpire’s call per set.

With Sock telling Hewitt to challenge the umpire call he was conceding a point to his opponent. However, if Hewitt contested the call and it was correct, he would lose one of his challenges.

Having never seen this happen before I was glued to the screen to see what Hewitt would do with this unusual opportunity.

He challenged the umpire’s call to discover that Sock was correct, his serve was good and Hewitt got the point.

This outstanding example of honesty went viral as Jack Sock did the unthinkable and put truth before winning.

Application: Telling the truth is not a new concept for us. As a child we are constantly told the importance of being honest.

However, there are ways we can justify our dishonesty. Jack Sock had no obligation to tell Hewitt what he knew, and in the competitive game of sport, no one would have faulted him for keeping his mouth shut.

I’m glad the crowd cheered for Sock when they realised his great sportsmanship.  It’s pretty sad, however, that honesty is so rare in our world that an example of it goes viral.

May we bring so much honesty to our lives that people come to trust it rather than celebrate the surprise of it.

Prayer: Lord, thank You for reminding us of the importance of honesty. May we continue to strive to treat people as we would like to be treated. Amen.

What is a great example of honesty you have seen this week?