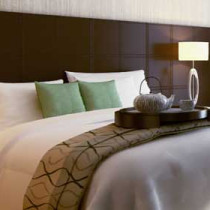 During that week I slept well

Reference: v23 So Joshua took the entire land, just as the Lord had directed Moses, and he gave it as an inheritance to Israel according to their tribal divisions. Then the land had rest from war. (TNIV Bible)

Explore: Ever notice how the best sleeps you have normally involve 2 things… peace and exhaustion.

Peace means your mind can rest and sleep well… I couldn’t begin to number the amount of times my brain has still been whirring when I went to bed and it has taken me hours and hours to get to sleep.

And exhaustion, so your body is ready for sleep… it’s hard to nod off if your legs are restless!

I think one of the best times of sleep I’ve ever had was last year when I was helping my Mum and Dad clean up around their house (getting it ready to sell).  It was a full week’s worth of work – sometimes spanning 12 hours (breaking only for meals).

And I’ve got to say – during that week I slept very well… exhausted from good hard work and, at peace, because I was doing something worthwhile by helping my parents.

Application: After all that fighting and clearing out the land of other nations, we read in this verse that Joshua had to divide up the land and then….rest.

I think it is a good principal for us to include in our daily lives in 2012 too – having times to rest and allowing ourselves to enjoy it.  But, a bit like a good nights sleep, you’ll appreciate the rest more if you have worked hard and know that you have done what you were supposed to do.

Because, after all, rest is ultimately about preparing you for the next thing God has in store for you.

Prayer: Dear God, help me to work hard and then rest with a clear conscience.  Help me to allow myself to enjoy my rest.

Are you working hard enough to enjoy a rest?  How are you going to go about giving yourself a rest?