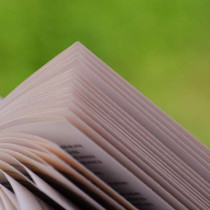 My wife was less than confident … that I would keep up the routine for the entire year!

Reference: v8 …the others who went up with me made the hearts of the people melt in fear. I, however, followed the Lord my God wholeheartedly. (TNIV Bible)

Explore: Last year I committed to compiling topics for a book.  I committed to it for the entire year. It meant that each and every week (all 52 of them) I had to find different topics… the deal was that I wasn’t allowed to miss a week!

My wife was less than confident (I think that is the nice way of putting it), that I would keep up the routine for the entire year… but… I did!

For me (as a creative type of person), it was a great exercise to see if I could force creativity.

I think it’s safe to say that I gave my all to it for the year.

Application: A characteristic of Caleb, (the only other person 40 or above who made it into the promised land apart from Joshua), was that he was wholehearted in his service to God!

Being wholehearted is more than just talking the talk – but passionately walking the walk of what you believe, no matter the consequences or what people around you might think.

We see Caleb’s wholeheartedness in his entire story.  From the spying out of the land, to his service in the army as the Israelites took the promised land, to his desire to claim what was rightfully his before God.  What a way to be described – as someone who always gave their everything for God.

Caleb had to wait until he was 85 before he got any tangible reward for his wholeheartedness for God.  But I sense, as I read his story, that even if he wasn’t going to get anything he would have served the same way!

I gave it my all for one year to come up with topics for a book, and that was hard enough.  But Caleb served God in all areas of his life for decades, not giving up in the barren times – what a great characteristic to admire and desire.

Prayer: Dear God, sometimes it’s so hard (and seems so demanding) to be wholehearted in my life with you – help me to someday soon be able to say, like Caleb did, “I, however, followed the Lord my God wholeheartedly.”

What steps do you need to take to be more wholehearted in your life with God?