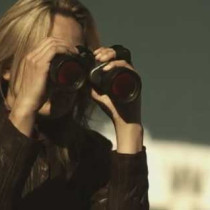 By halfway through the film it seems like the ‘baddie’ will be sure to prevail.

Reference: v.3 When the people of Ashdod rose early the next day, there was Dagon, fallen on his face on the ground before the ark of the Lord! They took Dagon and put him back in his place. (TNIV Bible)

Explore: In all good actions movies we find a dramatic battle between good and evil. Fairly early in the film the screenwriter sets the scene as to whom the audience should be barracking for.

Whether it’s a sinister look, a bad choice of words or an action that contradicts our morals, the ‘baddie’ is soon identified and we are automatically behind anyone who opposes him.

By halfway through the film it seems like the ‘baddie’ will be sure to prevail. However, just before the final scene we could easily predict a change in the course of destruction and the ‘goodie’ wins the ultimate challenge.

Nearly every action film is written in the same sequence, however, millions of people continue to sit on the edge of their seat watching these films. It seems there is an innate desire within us for good to prevail over evil.

Application: When the people of God lost their battle against the Philistines they also lost something very precious to them – the Ark of the Covenant. This was a crafted box that God said He would dwell within to be a tangible representation of His presence with them.

When the enemy took the Ark they placed it in the temple of their own god, Dagon. In this temple there was a statue of Dagon and they set the Ark beside it.

It seems that everything is going the Philistine’s way until God gets involved. The plot finally changes and it starts to go God’s way.

We all have ‘baddies’ in our lives. Whether it’s an actual person, a challenge, an addiction or a trial, there are things in our lives that seem to overpower us and we can feel like they are winning over us.

However, God’s power is greater than any ‘baddie’ we may face here on earth. There is nothing too great for Him.

Even when everything seems against us, God is for us. If we look to Him we can be assured that all of the ‘baddies’ in our lives will fall at His feet.

Prayer: Lord, I hand over this ‘baddie’ in my life to You. May I rely on Your power to overcome. Amen.

Identify the ‘baddie’ in your life. Lay it at God’s feet today.