A Solution To The Biggest Problem 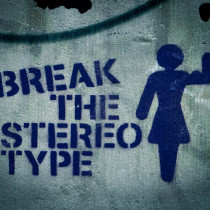 He will reply with an Aussie drawl, “How ya goin’?”

Explore: My mate Derryn has a Chinese-Malaysian heritage. While he is as Aussie as anyone I know, he looks Asian.

His jet black hair, coloured skin and short stature make you think he would have an Asian accent. But as soon as you engage him in conversation he will reply with an Aussie drawl, “How ya goin’?”

Derryn loves playing all sorts of sport and I often wonder what his opposition thinks when they first see him. It would be easy to stereotype him and think he wouldn’t be much use in a competitive game. But I know he always takes people by surprise.

Although he is short in stature, he can jump really high and is super fast on his feet. He soon becomes the dominant player on any team and is a clear all-rounder.

Application: Looks can be deceiving. It is easy to put someone in a box because of their outward appearance.

But if we open our eyes to more than just that which is on the surface we will start to see great potential in what is right before us.

When Elisha was faced with an enemy all his servant could see was the men and horses coming for them. But Elisha had eyes for the Almighty.

How often do we only see the massive problem that presents itself? Instead of seeing the mighty power of our Saviour?

There is no doubt problems will come. And some seem insurmountable. Let us not take our eyes off our God who can do the unthinkable and claim the unachievable.

Prayer: Lord, I hand my problem over to You. May You be my strength and the power behind my decisions. Amen.

How big is your problem? Is it bigger than God?