A Promotion For You 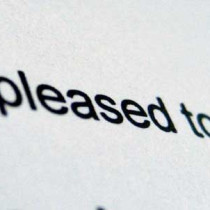 Veronica was not being promoted because she had the best radio voice or because her on-air content was superior to other volunteers.

Reference: v.21 “His master replied, ‘Well done, good and faithful servant! You have been faithful with a few things; I will put you in charge of many things. Come and share your master’s happiness!’ (TNIV Bible)

Explore: I was recently asked at work to train up one of our volunteers, Veronica, so that she would be capable of doing an on-air role.

Whenever Veronica was asked to do a job, no matter how small and insignificant it was, she would do it promptly, with much enthusiasm and to the best of her ability.

It was because of her attitude and diligence that she had been promoted.

Application: Most of us would like to take the next step in our roles to be recognised and promoted in what we are doing. But so often we want the reward before we actually put in the hard work.

Jesus told a story of servants who were entrusted a certain amount of their master’s wealth. In the end the master was not concerned with the specifics of his increased wealth, but to the dedication of his servant’s work.

While we all like to be recognised for what we do, I have noticed that the young adults today – even more so than my own generation – are wanting the best in life instantly, without having to put the hard yards in first.

It is when we can show that we are truly dedicated in the small things that we will be given the opportunity to rise to the next level.

Prayer: Lord, sometimes it is hard to be content with what we have now as we look to the future and desire so much more. Help us to be diligent now so that we are well equipped, with the right attitude, to do well with what we will be given in the future. Amen.

In what area of your life would you like to be up-skilled, promoted or recognised? How can you be diligent with what you have now to prepare you for future opportunities?