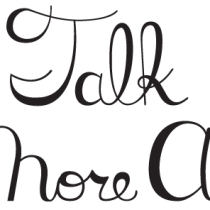 Reference: v.5 When the ark of the Lord ’s covenant came into the camp, all Israel raised such a great shout that the ground shook. (TNIV Bible)

Explore: I’m not one to attend many sporting tournaments, however, I do quite enjoy going to the Australian Open. I think it is the greatest time to be in Melbourne as the weather is good, many people are on holidays and there is so much going on around town.

A large group of friends created a cheering squad called “The Heard”. We would all gather together, dressed in green and gold (Australian colours) and learn chants that we would sing while at the tennis.

While being respectful of the players and the game, we would sing the chants between points and generally entertain the crowd when the game was not on.

One of the funnier chants we would all sing in unison was when a player was contesting a call from the umpire or the lines people. The tennis competitor would stop play and speak to (or yell at) the umpire to plead their case.

“The Heard” would then all start singing together the Elvis Presley classic, “A little less conversation, A little more action please.” While I knew this song quite well, it was quite humorous in this tennis context.

The tennis player could talk all they wanted to, but the result of their game was going to come from how they played the game. Conversation is fine, but action brings the win.

Application: The Israelites had turned away from God. Even the priest’s sons went against His law.

When they went into battle against a mighty foe they took the Ark of the Covenant with them. This was a beautifully crafted box where God placed his presence during Old Testament times.

The army cheered loudly and confidently knowing that God was near to them. Their shout was so loud that it almost scared off their opposition.

What comes out of our mouths can certainly have an influence on our situation.

However, once the battle began the enemy was strong, their actions more fierce and they ended up winning the battle. Because the Israelites had acted badly towards God before the battle, He did not act on their behalf during the fight.

The Israelite’s words had been strong, but their actions spoke louder. They wanted God to win the fight for them, however, they were not willing to follow Him in their every day situations.

I know that I often fall into this same behaviour. When I have great need, I call upon God to save me. However, when it comes to the discipline of following God in my every day, I forget and don’t prioritize my worship of Him.

God is incredibly gracious and comes to us when we call, however, our lives have so much more fulfilment in them if we rely on Him every single day.

How will you connect with God today?