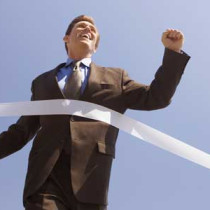 They’re not always fair, it’s all about winning!

Reference: v.4 A champion named Goliath, who was from Gath, came out of the Philistine camp. His height was six cubits and a span. (TNIV Bible)

It’s never really about quality, it’s just about speed. It seems the mantra of a young boy is: the faster, the better!

It’s always interesting to see who lays down the challenge first. They’re not always fair, it’s all about winning!

If one can see that they have the greater advantage, it is then that they will lay down the challenge. As I mentioned before, it doesn’t have to be fair, it’s all about winning!

Application: When Goliath stood before the Israelites, it seems he was acting very similar to a young boy – he was not concerned about fairness, it was all about winning! He was clearly bigger, stronger and more equipped than any other human to win the battle.

So just like the brother with the upper hand, he laid down the challenge to the Israelite under dogs.

However, what Goliath didn’t factor in was that the Israelites had God on their side. While they looked like the under dog, they actually had the upper hand.

Who can beat God? Who is greater than the Great I AM? In a sense, I guess it really was a totally unfair fight… Goliath and the Philistines didn’t stand a chance!

So often we see a huge challenge before us and it doesn’t seem fair. There may be lots of aspects going against you and the challenge seems like its got the upper hand.

We mustn’t forget, however, that we have the Great I AM on our side too.  God wasn’t just there for the Israelites thousands of years ago, God is here with us now too.

Whenever you feel like the under dog and totally overwhelmed by the ‘Goliath’ before you, don’t forget that the fight is unfair – it’s just that you are the one with God and, therefore, you have the upper hand.

Prayer: God, thank You for being there for us, just as you were with David when he conquered Goliath. May we face our giants with as much faith and determination as David did, knowing that You are with us each step of the way. Amen.

What ‘Goliath’ are you facing at the moment? Hand it over to the Great I AM.