A Dance To Remember 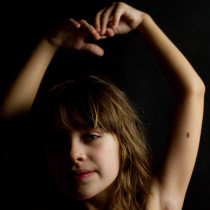 I recently saw a YouTube clip of a young boy dancing. While he wasn’t even five foot tall he danced way beyond his years. I’m no technical dancer but the way he moved his body and controlled his muscles was incredible.

He kept in time with the music beautifully and told a story with his whole being. I was mesmerised from start to finish and almost stood to applaud at the end even though I was watching him through a screen!

When he was interviewed after his performance he was overwhelmed by the audience’s response. Through tear-filled eyes he spoke of being bullied at school by the other children. His peers could not understand his love of dance so instead of encouraging him they would pull him down. In this realm of dance he was a prince but in his real world he was treated like a freak.

His obvious pain broke my heart. No one should be torn down for their skills, especially when they can bring joy to so many people through it.

I know children can be cruel but this type of behaviour is not just bound to those under-age. So often, when we see or hear things we don’t understand we push them aside or build walls up around ourselves so we don’t have to engage.

When Jesus was teaching here on earth He spoke of many things that went against the thought of the time, particularly in relation to God. Many of those who had followed God all their life were uncomfortable with His words. So, instead of engaging with Jesus and trying to gain a broader understanding, they singled Him out and put a price on His head.

There will always be things in our world we don’t understand. And I am the first to admit I can be quick to judge whether I am for or against something or someone. But let’s not miss seeing God in areas we’ve never witnessed Him before. When we shut out a person we are shutting out a child made in God’s own image.

Let’s be more mature than children who push away those who are different. Let’s treat each person with love and respect as God has formed us all.

Lord, forgive me when I’m quicker to judge than embrace. May I learn to love others as You have loved me. Amen.

Who have you judged too harshly?