My 2nd In Command 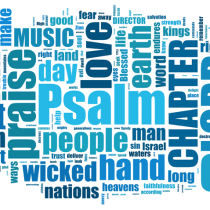 Reference: May his name endure forever; may it continue as long as the sun. Then all nations will be blessed through him, and they will call him blessed. (‭Psalm‬ ‭72‬:‭17‬ NIV)

Explore: A few months ago I visited the CEO of an organisation. As we sat in his office discussing our work, he often made reference to his 2IC.

If ever there was any mention of a task to be done, his 2nd In Command would be the one to follow it up. Email, phone calls, decisions – “My 2IC will help you there.”

It was clear these two gentlemen had a strong working relationship and that the CEO was only as good as the people he had around him. When I met the 2IC, he spoke highly of his CEO and they both worked well to progress the organisation.

Application: King Solomon took over the throne from David and in Psalm 72 we hear of David’s desire for Solomon to flourish. David was so passionate about his son and ruler’s success he wrote a song about it.

This Psalm was David’s prayer for the new king, that he would be blessed and be a blessing. It’s a truly humble king who can pray that prayer for his successor.

Our world would be a more positive place if we were to encourage and pray for the people around us, just like David declared for Solomon. Instead we tend to compete and pull down those whom we feel threatened by.

I don’t believe this is what God had in mind. He knows our world would be better if we hoped and prayed for blessing for each other.

Prayer: Lord, there are times I feel threatened by the success of others. Help me to support other people, no matter what role they may hold. Amen.

Who could you look to give extra support to?